A bright future ahead in the African North

A bright future ahead in the African North 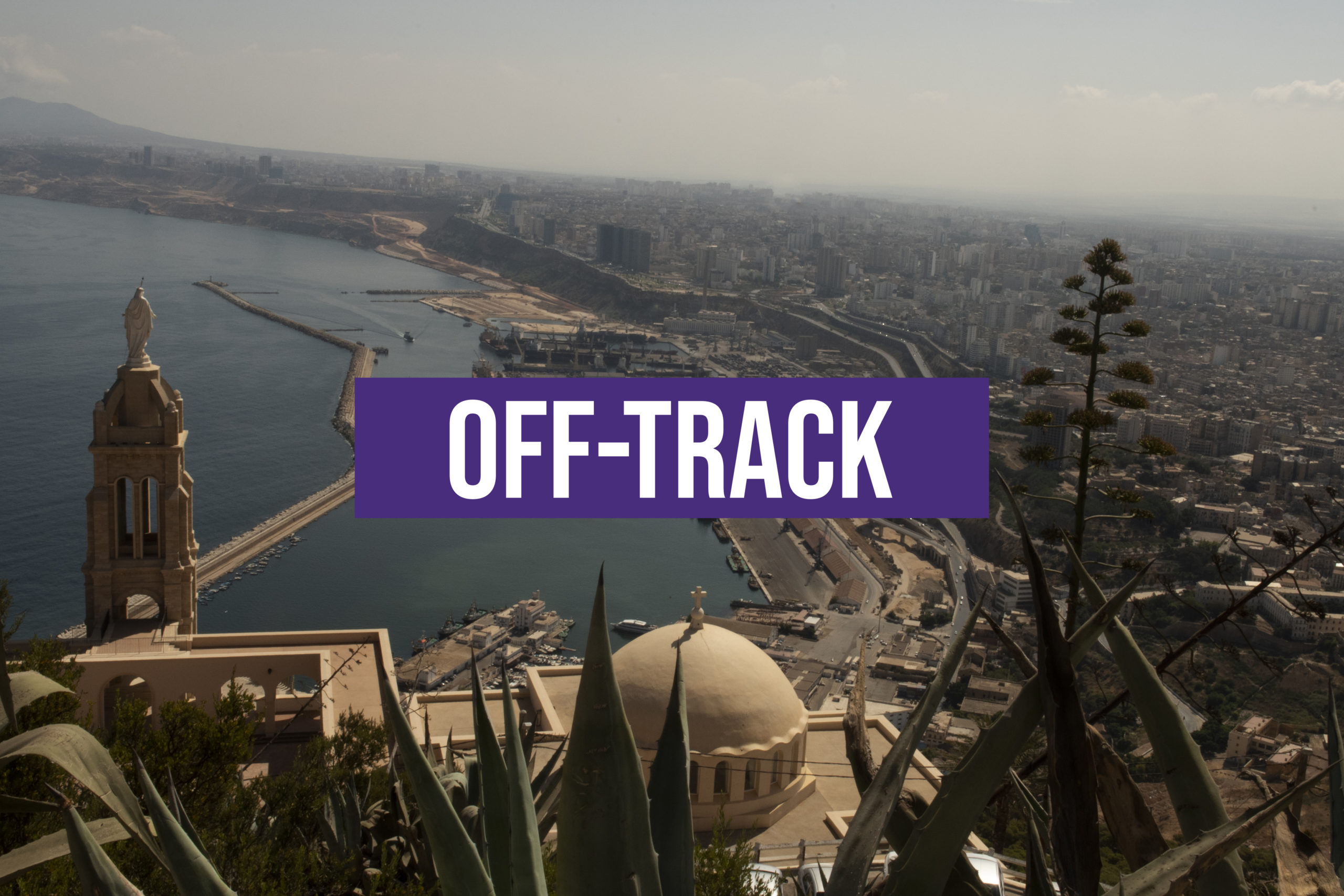 Getting a different impression of Algerian cities

Oran was totally different compared to Algiers, already by stepping outside of the airport I noticed that it’s a younger, cooler and more vibrant city. The hotel which I stayed at was Sofihotel and only a few years old therefore brand new but with some small noticeable constructional defects. Algeria is experiencing a high rise in numbers of construction works, but once quantity is placed above quality, like you might have experienced in other budget friendly countries such as Tunisia, it might result in a multitude of problems in the near future. After all, Algerian residents are quite young, the median age being about 28,9 (CIA World Factbook) which explains why you will mostly see only young people in the streets. Nevertheless, such a low median is indeed alarming, compared to Austria it’s about 1,5 times lower.

With this being said the country faces issues with its free health care system, followed by providing further care for elderly such as rest homes as well as free education and a lack of providing jobs which results then in inflation. From primary school on children are taught Arabic and French followed by English in middle school, but they don’t put much value on English since it’s a foreign language which results in few residents being able to communicate in any other language than those two. Furthermore, many Algerians are forced to find their luck abroad, mostly in French speaking countries such as Canada and France and only return at times as local tourists, which make up most of Algeria’s tourism industry next to desert tourism.

Digging deeper into the culture

When meeting Algerians, they are often surprised that you only came as a tourist, with no further roots linked to Algeria and only being led by the interest of the unknown. And at times it even happened that I didn’t have to pay for a cab drive because I came as a visitor which means I’m a “gift of God” how they explained further.

One of those drives was to Grand Mosque Abdelhamid Ibn Badis which actually made the driver more than happy and curious why a non-Muslim is interested into going there. Well, once arriving I knew exactly why – the mosque was only completed in 2015 and convinces with its modern and simple style. In the centre of it there is a huge chandelier and you won’t be able to take your eyes off it once entering the room.

In comparison the old centre of Oran seemed quite charming with First November 1954 square and Cathédrale du Sacré-Cœur d’Oran. The church was completed in 1913 and turned into a public library in 1996. Only one thing might pull you out of the old city charm: everything closes by 9, latest 10 at night and only tobacconist will stay open. But before closing time you should go out for dinner and enjoy a simple but very delicious kebab at the low-budget but stylish kept Barbarossa or go and have the lamb chops offered in many restaurants. Further you shouldn’t forget treating yourself with delicious but very sweet pastry at one of the traditional bakeries accompanied by black Turkish coffee. And with Algeria being a Muslim country they worship at a mosque during “Yawm al-Jumʿah” which is considered as “gathering day” on Fridays. That means many shops will stay closed in the mornings, some might even stay the whole day closed, it can be compared to a typical Sunday in Austria (mostly the day of rest among Europe). While walking around you will be able to notice one thing in the north of Algeria, which doesn’t seem to fit in the picture: new, modern trams which systems were built in 2011 – maybe that’s where Algeria’s revolution started?

Several sources stated that the view from the top of Fort of Santa Cruz and its chapel is the best you can get over Oran. Placed 400m above sea level on Mount Murdjadjo the 400-year old fort can be visited with a very small entry fee. And of course, just like other people wrote online, it might happen that you will have to drive up there twice to finally see what others saw: a view without fog. But once you get that chance, you won’t regret not giving up the other day. And if you are as lucky as I was, you will have a great chat with the cab driver, who was just as disappointed as I was and didn’t let me pay for the foggy-drive even though it took us around 20 minutes to get up the curvy small streets.

Even though Oran has its own harbour, you can reach even nicer beaches by taking a 30-minute car drive. Just like in any other country, agreeing on the to-be-charged-fare-price makes sense since I was able to drop the price by 40% and got charged 30€ instead. Driving along the coast side made it clear that the government doesn’t put much effort into nature reservation as well as waste management, otherwise there wouldn’t be one trash bag lying over another on the roadsides. Passing beach after beach by, I chose Paradis Plage with an astonishing entry fee of almost 20€ – but at least no trash bags included. After observing the beach for several minutes, I was surprised to see that many women on the beach actually wore a bikini and therefore weren’t fully covered up even though 98,2% of Algeria’s residents are Muslim.

At the end of my beach day I decided to visit a shopping mall near the hotel. As I entered its huge supermarket, I was highly surprised to find it in a much more organized condition in comparison to others I had been in before. The aisle of the dairy section almost resembled a puzzle, in which every single product seemed to fit in perfectly with its colour and size.

On the last night I was recommended the traditional down-home-cooking restaurant Khayma Beni Chougrane. Surrounded by wood and benches covered in fabric, I was handed the menu which was written on a pell in Arabic. That’s when I knew ordering a meal wouldn’t be that easy, especially because the waiter wasn’t speaking English. Luckily he pointed out to me with his finger that the only other people in the restaurant were also speaking English, so I asked them for help. Further I didn’t only seek help from them, we ended up spending the entire dinner together. So there I was – a group of five guys: three living in Algeria, one having emigrated to Germany and of course one German and me. Yes, the world is small – but who would have thought that the last two guys mentioned were about to take the same plane back to Algiers as me the very next day? And even further, the German guy even flying back together with me to Frankfurt?

We enjoyed the delicious Algerian cuisine, which consists mainly of lamb, beef or chicken paired with couscous, which can be described as a mixture of African-Arabic cuisine combined with a bit of European influence. After many discussions about Algeria and what my impressions were, we even got dressed at the back of the restaurant in traditional clothes and ended up in the new city centre of Oran which never seems to sleep ever. Many people were gathering around, enjoying fresh juice and ice cream late at night. Later on we drove to a park where even after midnight families with their children were enjoying the warm evening with music playing loudly and vendors selling some souvenirs, which were by the way the only whom I noticed along the entire trip.

Overall my Algeria trip came up cheaper than expected even though their every-day-prices are close to European standards. Maybe because I saved a lot of money for the plane tickets which cost to and from Algeria about 250€ and further spending 60€ for my domestic flights. Also, the Airbnb in Algiers came handy with 30€ per day and Oran’s Sofihotel with 60€ per night (breakfast included) therefore I spent 210€ in total for accommodation. So, was my experience worth the money and taking a risk of the unusual?

Algeria – an open-minded, welcoming country with lovely residents and a huge potential. I’m interested to see if one day Algeria will be advertised as a touristic country, just like its neighbouring countries Morocco and Tunisia. And if it will be able to overcome its difficulties regarding the health care system, pollution, raising the level of education, being able to provide jobs and maybe someday no longer battling with inflation? That would hopefully result in many Algerians not feeling forced to move to another country to seek better opportunities, rather making their country strong again and attracting foreigners, not just as tourists. Algeria has a bright future ahead not only because of its great people but also because it has a lot to offer in terms of raw materials such as iron, copper, lead, zinc, quicksilver and phosphate. Followed by the most extensive and biggest groundwater thickness worldwide which might increase in vulnerability year by year considering global warming.